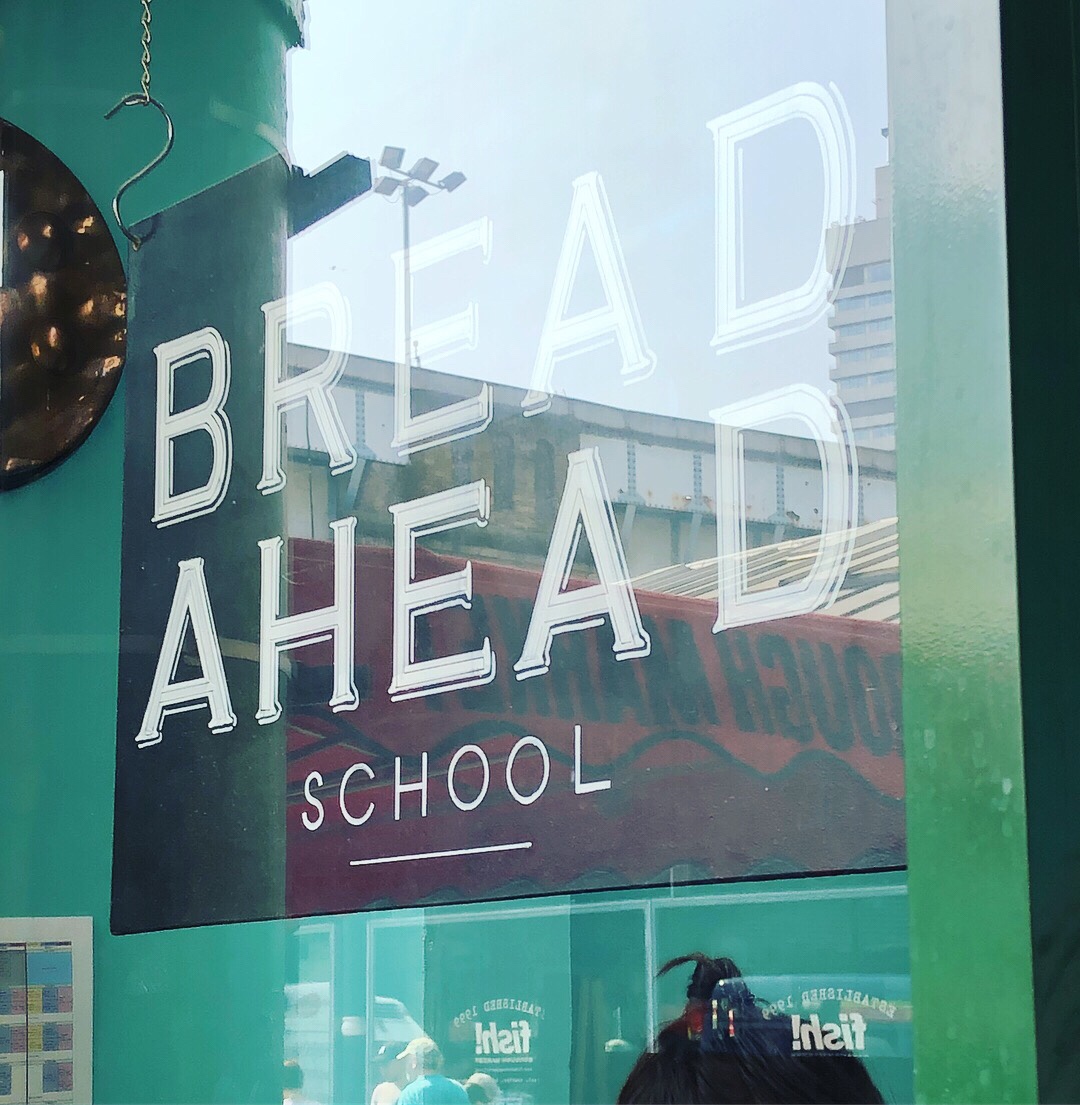 “Mmmmm donuts. Is there anything they can’t do?”

The answer to that is no Homer, doughnuts are the answer to everything – so what better way to show my appreciation for them than to learn how to make the best filled doughnuts in the country at the Bread Ahead Bakery School in Borough Market.

If you haven’t heard of Bread Ahead before, you can thank me later! These guys have been in business since 2013, and as the name suggests their mission is to bring quality bread baking to the masses. Initially Bread Ahead started as a small stall in Borough Market supplying local punters, restaurants and delis with fresh bread and sweet treats. Only 5 years on, it now has 2 baking schools, supplies bread to numerous well-known establishments and has a bakery of its own in Soho.

You might have guessed this already, but my favourite bake of theirs is the doughnuts! Filled with all types of glorious concoctions, they are absolutely delicious and ever so moorish. Having the opportunity to learn how to make them myself is just asking for trouble.

Classes are often fully booked and usually hold between 15 – 20 people. For the OCD organiser in me, walking in to the class room was a sight of beauty. All the ingredients and tools you will need for the class are perfectly laid out, ready and waiting for you to start, so all you have to do is put your apron, get yourself a warm cup of tea and mentally prepare yourself for the 3 hours ahead.

First you are given a mound of ready made dough that has been perfectly mixed, kneaded and proved by the Bread Ahead team. With this, you are tasked with cutting it into 6 perfectly sized balls that are 50g each, no more no less, and then neatly to roll into round, seamless balls. These go off for proofing and will magically turn into the doughnuts that you fry, fill and take home to devour.

As a first task this sounded pretty easy to do, but it was surprisingly tricky. The key to rolling the perfect doughnut ball is turn your hand into a little cave by arching the palm of your hand and vigorously rolling the dough under it. This activates the gluten and makes the dough nice and springy, meaning that when they prove the dough will rise just as you would want it to and will not come out looking like a pancake.

While our little balls of delight proved, we moved on to making our own dough to take home. Naturally I didn’t take any photos of this as it was too messy, especially when we had to “enrich the dough” i.e. beat the living day light out of the dough whilst adding butter into it, but I also wouldn’t want this to be much of a spoiler!

Next we moved on to making some of the filling, and as a fellow baker, I had the pleasure of assisting with making the creme patisserie that went into the custard doughnuts. Recipes for all of the fillings that you used in class are provided to you and they are all really really tasty and easy to make at home.

Once  we had finished with all the fillings our little babies of dough were ready for the fryer. We were given a quick demonstration of how to fry our doughnuts – there was a lot of emphasis on making sure you don’t just drop them into the fryer, you gently place them in, but other than that the rest is fairly straight forward.

You can’t go too wrong with frying (other than potentially burning the or under cooking them), if you just stick to frying them for 30 seconds on each side before turning and rolling them in your sugar mix, they will come out delicious!

Last but not least – you have to fill those dammmmn doughnuts. Once they have sufficiently cooled after frying, all you have to do is make a small cut on the side of the doughnut, pick your filling of choice and pipe it in until it is sufficiently “plump” et voila!

Our options for the fillings were: raspberry and apple jam, our freshly made creme patisserie and salted caramel cream. Naturally I went for filling my doughnuts with every single one of those flavours!

Overall, it was a really fun class to be part of and the 3 hours flew buy! The class is a little pricey at the cost of £85 per person, but you get a lot for your money – as well as the 3 hour sessions given by a really talented and knowledgable baker, we were also given doughnuts to eat during the class, a box of 6 doughnuts that you make in the class, a pot of dough for you to make doughnuts at home, a branded scrapper AND the recipes for the dough and all the fillings used during the class.

Of course, it’s not something that you would do every weekend, but if you are a keen baker or know someone that loves baking, this is the perfect gift. Plus, this means you won’t ever have to buy doughnuts ever again!

Start a Blog at WordPress.com.